Welcome to the Webster City Postcard Project!  Scroll through the galleries below to see postcards and images from the past and what those same locations look like today.  Some shots are aerial and others are at ground level.  Click on an image to get a larger view.  You’ll also find some bonus images and video just for the fun of it!  And don’t forget to check out our Facebook page here!

Please support and thank our sponsors for making this project possible! 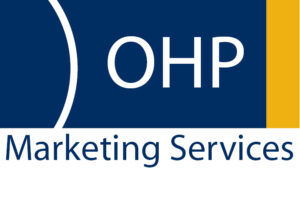 The first entertainment business in Webster City was the Opera House that was built in 1870 by Walter C. Willson and operated by his brother, Sumler Willson. It was located on the second floor of the big brick building located at the northeast corner of the intersection of Des Moines and Second Street. The first floor was occupied by Crary’s Hardware. One corner of the first floor housed first the Hamilton County Bank. Later this bank, called the Hamilton County State Bank moved across the street west to a huge new building. Its place was taken over by the small Webster City Savings Bank. The Willson Hotel was constructed at the southwest corner of this intersection. Sumler Willson was the first manager. After his death. The house was then managed by Willson’s son Frank E. Willson for a period of several years. In the later years, from about 1912, the house was managed by W. B. Kearns. (Credit-Hamilton County History by Ed Nass)

There’s just too much good stuff for only one post, so here we go with Part Two!  Be sure to scroll down to see the first post.  Shiloh’s real name was Charles Olmstead.  He claimed to be “the drummer boy of Shiloh” from the Civil War battle.  You can read the story of Shiloh according to Ed Nass here.

I took the liberty of colorizing the first image.  You can see the comparison.  The first thing that caught my eye was the dog to his left.  I didn’t notice that in the original.  You’ll also see an approximate location of the cabin on one of the drone images.

This remarkable building stands on the southwest corner of 1st St. and Willson Ave.  According to Wikipedia, “The Webster City Post Office is a historic building located in Webster City, Iowa, United States. Previous post office buildings in the city were housed in leased storefronts along Seneca Street. The Beaux-Arts style building was designed by the U.S. Treasury with James Knox Taylor as the supervising architect. Contractor Charles E. Atkinson completed the building in 1909. The stone building features a stone frieze, cornice, and a mansard roof. It was listed on the National Register of Historic Places in 1982.”

Lawn Hill was part of the neighborhood school concept that started in the late 1950’s.  Other schools included Pleasant View, Riverview, Sunset, Elm Park, and Hilltop.  There have been changes made over the years, but the main structure still looks very similar to the original.

This aerial view of Webster City from the 1940’s shows how important the railroad was.  It’s also interesting to see the two stockyard locations. The bottom of the image is Broadway St. looking east.  We placed numbers on the 2021 image showing where those locations would be today.

The railroad arrived in Webster City on April 6th, 1869.  According to Ed Nass in his book Hamilton County Memories, the Freeman reported “Iron Horse Crossed the Classic Boone” and “Came Snorting Into Webster City.”  Officials boarded the train and had the honor of making the trip across this bridge.  The line was originally The Dubuque and Pacific.  It became the Illinois Central in later years.

Shiloh arrived in Webster City in the early 1900’s.  His story is fascinating and best told by Ed Nass here.  He lived in a cabin on a small island in the Boone River just south of the Bank St. bridge.  The river has changed over the last 120 years and a sandbar appears to be all that remains.  We’ve included images of the original Catholic church and rectory.  When they were torn down, he used some of the materials to expand his cabin.

The Elks Building is one of our most recognizable buildings.  It is currently undergoing renovation by LIFT WC, a local nonprofit organization.  On the original postcard, you can see it was called the Elks Temple.  It has also been referred to as the Elks Lodge.

The corner of Des Moines and Bank St. looking northeast

This is the postcard that started the Webster City Postcard Project.  The 1st Methodist Church was located where Asbury United Methodist is today and the Baptist Church was located where Fuller Hall is today.  Apparently, there was also a skating rink in this area.  Webster City won a semi-pro state championship around 1947.  Credit to Richard Zolnosky for this information.